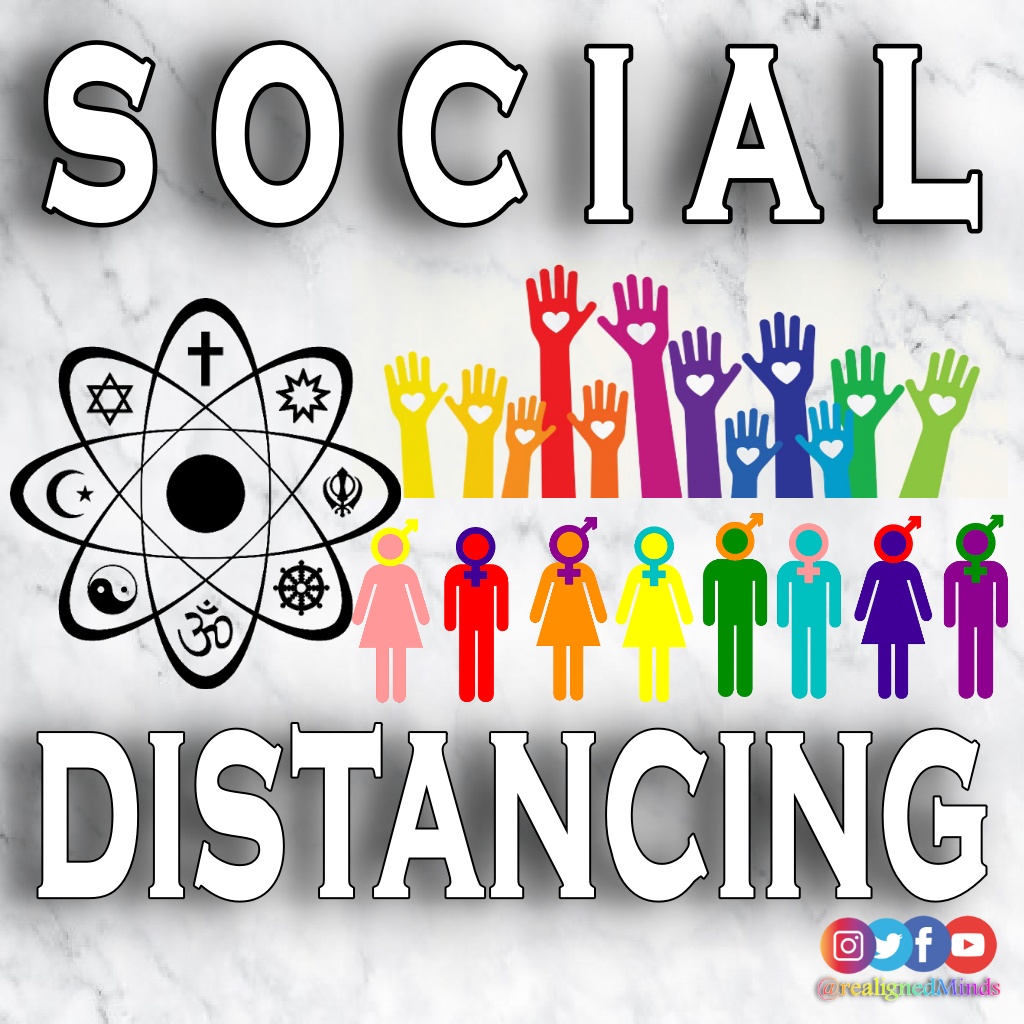 Social Distancing is the most popular phrase in the world today. Social distancing within the scope of public health, is a practice that aims to prevent sick people from coming in close contact with healthy people in order to reduce opportunities for disease transmission. It can include large-scale measures like canceling group events or closing public spaces, as well as individual decisions such as avoiding crowds.

What is Social distance? It is the extent to which people experience a sense of familiarity or unfamiliarity between themselves and people belonging to different groups in terms of social class, race and ethnicity, culture, nationality, religious group, gender and sexuality, and age.

There are three key types of social distance: normative, affective, , and interactive.

Normative Social Distance is the recognition and acceptance of the differences between persons of one group from those from another group. People have different skin tone, speak different languages, not all are Male and not all are Female, there are different Religious persuasion, ages, and yes sexual preferences.

Interactive Social Distance describes is frequency and intensity persons from one group interacts with persons from another group. The more different groups interact, the closer they are socially and there is mutual understanding. They less they interact, the greater the interactive social distance is between them and there exist mutual suspicion.

‘In Matthew 5:13 Jesus said, “You are the salt of the earth; but if the salt loses its flavor, how shall it be seasoned? It is then good, for nothing but to be thrown out and trampled underfoot by men.’

We all are have one thing in common, we are Humans. We all co-exist in this world to be with and for one another. Humanity grows and flourishes on people interaction. No matter the label you give to people, Race and Ethnicity, age, gender, Social status, religious persuasion, sexual orientation, we all are here, like salt, to Flavor and Preserve one another. Salting is part of Human interaction. When we don’t salt, we remain tasteless, dull, unremarkable, and continue to decay.

Can you balance your Normative, Interactive and Affective Social Distance with people from a group different from the one you belong to?

I will describe the 4 ways people interact with one another and suggest ways to reducing the Social distance.